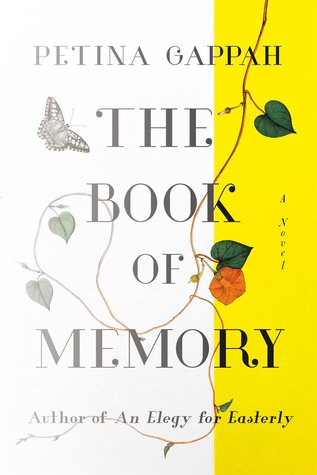 Publisher’s Blurb: Memory is an albino woman languishing in Chikurubi Maximum Security Prison in Harare, Zimbabwe, where she has been convicted of murder. As part of her appeal, her lawyer insists that she write down what happened as she remembers it. As her story unfolds, Memory reveals that she has been tried and convicted for the murder of Lloyd Hendricks, her adopted father. But who was Lloyd Hendricks? Why does Memory feel no remorse for his death? And did everything happen exactly as she remembers?

The Author: Petina Gappah is a Zimbabwean writer with law degrees from Cambridge, Graz University, and the University of Zimbabwe. Her short fiction and essays have been published in eight countries. She lives with her son Kush in Geneva, where she works as counsel in an international organisation that provides legal aid on international trade law to developing countries.

My Thoughts: This book has tarried long on my reading list for quite a number of months and I am so glad I picked it amongst the last five books to read before this year comes to a close. First of all, this book is so well written, easy to read and utterly descriptive. Memory could have been Nigerian for all I care and Chikurubi Maximum Security Prison one of the many prison facilities in Nigeria. African countries are so alike, its almost disturbing…. I could relate to Memory’s story on so many levels so much that I found humor in this sad but interesting narrative. This book, in one story was able to touch on so many issues such as racism, adoption, love, forgiveness, stigmatization, discrimination, politics and the decay of government facilities/infrastructure in Zimbabwe (Africa as a whole I would say). From the prison wardens, Synodia, Mathilda and Loveness to the inmates, Verity, Jimmy and Beulah, each character had a story to tell in the story. Memory’s life after she went to live with Lloyd was a blessing but still complicated as all things in life and yet most people envied her life with Llyod thinking it was a bed of roses with a cherry on top. In her journal Memory wrote” She does not understand how someone who once lived in such a mansion can so calmly sleep on a mattress on the floor of a prison cell or eat bread with green mould on it. I would like to tell her that poverty holds no terrors for me, because I have known it and I have conquered it. I want to tell her, but I am not sure she will understand it, that even the big mansions hold their secret miseries. I would like to tell her that they hold more of them because there is more room for them”.

In the end as always, I learnt a lot. I have learnt again, to be slow to pass judgement even on things that I see and I have evidence because sometimes, things are not always how they seem to be. If not, like Memory, you would spend your whole life believing something that wasn’t true and by the time you find out, it may be too late. From the book I quote memory again, ” My mind keeps going back to that memory of seeing Llyod hand over the bills, a false memory on which I have built the foundation of my life, or to put it more accurately, a true memory from which I have made false assumptions”.

I loved reading this book, please get a copy and read it. It will make you sad, laugh, cry and think hard. Enjoy……

One thought on “Book Review: The Book Of Memory by Petina Gappah”