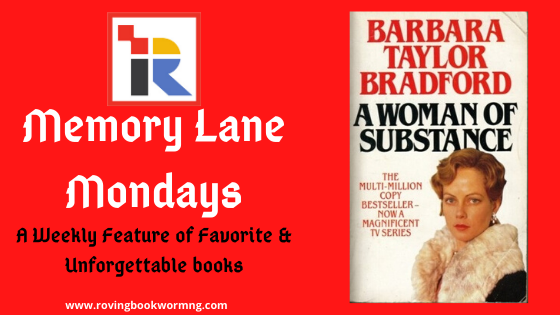 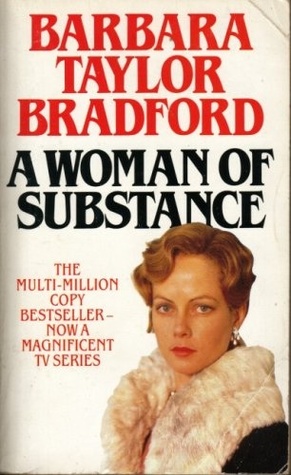 This is what I would call the classic of classics. I can’t remember when I last read this book, maybe 20 years ago??? but this is an unforgettable story with unforgettable characters. This is the perfect rags to riches story of Emma Harte and is the first book in the Emma Harte Saga Series. The book adaptation to TV series was also brilliant and I watched it so many times and didn’t feel like it was too different from the book as many others make me feel. Despite it’s over 800 pages, I think I would probably do a reread sometime this year to relive the enjoyable moments I had reading this book. This is a highly recommended read that I would give a 5 star rating if I were to rate it even today. Have you read this book? Share your thoughts about your experience with me.

In the brooding moors above a humble Yorkshire village stood Fairley Hall. There, Emma Harte, its oppressed but resourceful servant girl, acquired a shrewd determination. There, she honed her skills, discovered the meaning of treachery, learned to survive, to become a woman, and vowed to make her mark on the world.

In the wake of tragedy she rose from poverty to magnificent wealth as the iron-willed force behind a thriving international enterprise. As one of the richest women in the world Emma Harte has almost everything she fought so hard to achieve–save for the dream of love, and for the passion of the one man she could never have.

Through two marriages, two devastating wars, and generations of secrets, Emma’s unparalleled success has come with a price. As greed, envy, and revenge consume those closest to her, the brilliant matriarch now finds herself poised to outwit her enemies, and to face the betrayals of the past with the same ingenious resolve that forged her empire.

Barbara Taylor Bradford is the author of 30 bestselling novels, including The Cavendon Women, Cavendon Hall, and The Ravenscar Dynasty. She was born in Leeds, England, and from an early age, she was a voracious reader: at age 12, she had already read all of Dickens and the Brontë sisters. By the age of twenty, she was an editor and columnist on Fleet Street. She published her first novel, A Woman of Substance, in 1979, and it has become an enduring bestseller. Barbara Taylor Bradford’s books are published in over 90 countries in 40 languages, with sales figures in excess of 88 million. Ten of her novels have been adapted into television mini-series starring actors including Sir Anthony Hopkins, Liam Neeson, Deborah Kerr and Elizabeth Hurley. She has been inducted into the Writers Hall of Fame of America, and in June of 2007, Barbara was awarded an OBE (Order of the British Empire) by Queen Elizabeth II for her contributions to Literature. She lives in New York City with her husband, television producer Robert Bradford, to whom all her novels are dedicated.