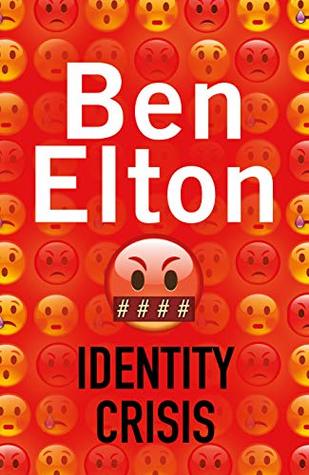 Having read five of the author’s books, I have become a  huge fan who is on a quest to buy and  read all his books. My three last reads this month haven’t been encouraging so I decided to make the deliberate move to pick a Ben Elton book which I was confident would entertain me.

This book is primarily about Inspector Mike Matlock and his team investigating the murder of Sammy, a transgender woman who was killed in a park in London. The singular murder of Sammy leads Mike to the realization that the world has literally left him behind in ways he can not fully comprehend and reveals how ‘unwoke’ he is or is perceived to be. With more murders and suicides occurring as quickly as hashtags are created on Twitter, finding the killer(s) becomes a herculean task for Scotland Yard with the killer(s) leaving no traces. This multithemed story shows how Matlock tries to unravel the mystery behind these murders while weaving through current social and political issues such as the minefields on social media, Twitter storms, political correctness, electoral fraud, the feminist movement, gender wars, LGBTQ+ rights, etc.

“Matlock knew he should understand what that meant. He knew he should be able to work out what ‘straight’ meant when referring to a woman who was biologically male. He took a guess.”
― Ben Elton, Identity Crisis

This was not the story I expected. I thought I was in for a light and hilarious read but instead ended up with a huge wakeup call to what the world has really become. That is not to say that I didn’t frequently laugh out loud because it was mostly funny, but I would classify it more in the mystery genre, rather than humor. Ben Elton has once again crafted a great satire which questions what has become of our society today and how this controls every single thing we do now. How political correctness, “hate speak” (speech), hashtags on social media, #MeToo, feminists, TERFs, cultural and religious differences, and LGBTQ+ rights have caused us to become a people of “tolerance” or so it seems.

“We prefer “survivor”.’ ‘But this particular woman is dead,’ Matlock pointed out. ‘Yes.’ ‘So “survivor” isn’t really an appropriate term.’ ‘I’m aware of that. What we need is a new term for survivors of assault who died.”
― Ben Elton, Identity Crisis

For me, this book is a complete guide on the LGBTQ+ community and has surely been an eye opener to see things from different perspectives. I have learnt so much about the current trends in social media that I didn’t fully know about (and I actually use social media). This has left me to wonder, and quite frankly, worry for my younger kids who will soon be introduced to this world of culture wars and social media (with their dysfunction, manufactured and manipulated outrage,  etc.) with a potential to affect their lives and thoughts. It has shown me that no one is safe online or offline as the same people who applaud you today will be the mob tomorrow if you say the ‘wrong thing’. I have left this story with deep thoughts about several issues which I am still pondering about and this means I have been highly influenced by this book and will be thinking about it for a long time.

The parts of the story that wasn’t too much to my taste was around the ‘Love Island’  reality TV show. I think since the author had already written two or more satires about reality TV, it felt as if he was beginning to over-flog the issue. I recognize that reality TV shows are now here to stay and most of them frustrate me: but, perhaps I am tired of reading about the tricks and deceit behind the ‘reality’.

My favorite character was Mike Matlock because I could relate to his pain and ignorance. My least likeable character was Malaki because I felt, with her background (including honest parents and top-notch education), she had a responsibility to be a better person. 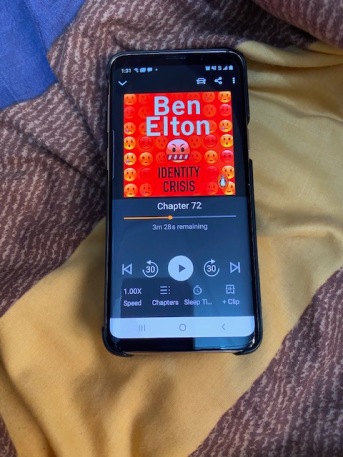 I really really, enjoyed reading this book or rather listening to it on Audble especially as Ben Elton himself was the narrator. It felt very original and I highly recommend it. Even if you are not big on mystery/suspense or humor, I believe it is an essential read for everyone in this day and age. Do get a copy!

“Let’s prove that humanity is basically made up of nasty, spiteful, self-interested, mean-spirited CUNTS. Whatever their gender or their precious fucking sexuality, they’re all cunts. We’re all cunts. Let’s get out there and shatter the fucking rainbow!”
― Ben Elton, Identity Crisis

The Author: Ben Elton was born on 3 May 1959, in Catford, South London. The youngest of four, he went to Godalming Grammar school, joined amateur dramatic societies and wrote his first play at 15. He wanted to be a stagehand at the local theatre, but instead did A-Level Theatre Studies and studied drama at Manchester University in 1977.

His career as both performer and writer encompasses some of the most memorable and incisive comedy of the past twenty years. His ground breaking work as a TV stand-up comedian set the (high) standard of what was to follow. He has received accolades for his hit TV sit-coms, The Young Ones, Blackadder and The Thin Blue Line.

More recently he has had successes with three hit West End musicals, including the global phenomenon We Will Rock You. He has written three plays for the London stage, including the multi-award-winning Popcorn. Ben’s international bestselling novels include Stark, Inconceivable, Dead Famous and High Society. He won the Crime Writers’ Association Gold Dagger Award for the novel Popcorn.

Elton lives in Perth with his Aussie wife Sophie and three children.

One thought on “Book Review: Identity Crisis by Ben Elton”