Allah Is Not Obliged by Ahmadou Kourouma

I read this book years ago and I found the story very memorable and insightful. This story opened my eyes to the happenings during the Liberian war and it was indeed a good history lesson especially when I know that many Nigerians soldiers were sent to Liberia for peace keeping missions.

Although the story is tragic and heart wrenching, it was well written and quite engaging. I highly recommend this book.

Birahima’s story is one of horror and laughter. After his mother’s death he travels to Liberia to find his aunt but on the way gets caught up in rebel fighting and ends up with a Kalashnikov in his hands. He tells of the chaotic and terrible adventures that follow in his career as a small soldier with heartbreaking bravado and wisdom. 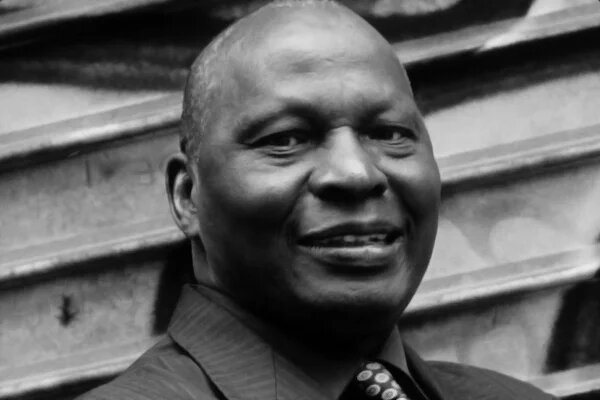 Ahmadou Kourouma, (November 24, 1927 – December 11, 2003) was an Ivorian novelist.
The eldest son of a distinguished Malinké family, Ahmadou Kourouma was born in 1927 in Côte d’Ivoire. Raised by his uncle, he initially pursued studies in Bamako, Mali. From 1950 to 1954, when his country was still under French colonial control, he participated in French military campaigns in Indochina, after which he journeyed to France to study mathematics in Lyon.
Kourouma returned to his native Côte d’Ivoire after it won its independence in 1960, yet he quickly found himself questioning the government of Félix Houphouët-Boigny. After brief imprisonment, Kourouma spent several years in exile, first in Algeria (1964-1969), then in Cameroon (1974-1984) and Togo (1984-1994), before finally returning to live in Côte d’Ivoire.
Determined to speak out against the betrayal of legitimate African aspirations at the dawn of independence, Kourouma was drawn into an experiment in fiction, his first novel, Les soleils des indépendances (The Suns of Independence, 1970). Les soleils des indépendances contains a critical treatment of post-colonial governments in Africa. Twenty years later, his second book Monnè, outrages et défis, a history of a century of colonialism, was published. In 1998, he published En attendant le vote des bêtes sauvages, (translated as Waiting for the Wild Beasts to Vote), a satire of post colonial Africa in the style of Voltaire in which a griot recounts the story of a tribal hunter’s transformation into a dictator, inspired by president Gnassingbé Eyadéma of Togo. In 2000, he published Allah n’est pas obligé (translated as Allah is Not Obliged), a tale of an orphan who becomes a child soldier when traveling to visit his aunt in Liberia.
At the outbreak of civil war in Côte d’Ivoire in 2002, Kourouma stood against the war as well as against the concept of Ivorian nationalism, calling it “an absurdity which has led us to chaos.” President Laurent Gbagbo accused him of supporting rebel groups from the north of the country.
In France, each of Ahmadou Kourouma’s novels has been greeted with great acclaim, sold exceptionally well, and been showered with prizes including Prix Renaudot in year 2000 and The Prix Goncourt des Lycéens for Allah n’est pas obligé . In the English-speaking world, Kourouma has yet to make much of an impression: despite some positive reviews, his work remains largely unknown outside college classes in African fiction.
At the time of his death, he was working on a sequel to Allah n’est pas obligé, entitled Quand on refuse on dit non (translated roughly as When One Disagrees, One Says No), in which the protagonist of the first novel, a child soldier, is demobilized and returns to his home in Côte d’Ivoire, in which a new regional conflict has arisen.